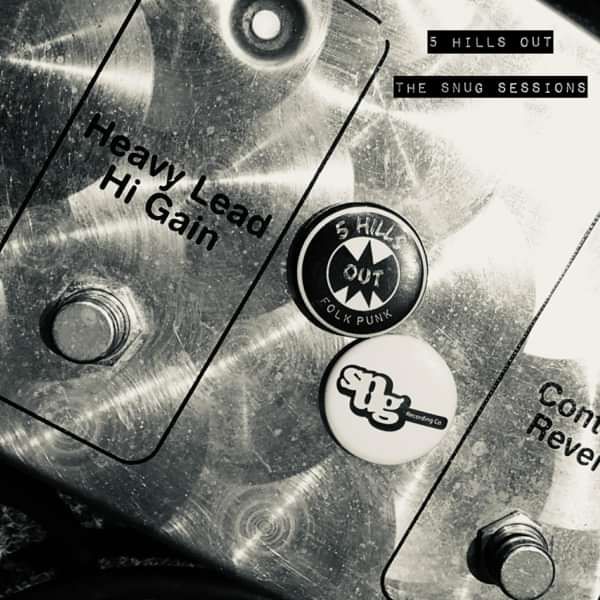 The new double single is getting great reviews both locally and nationally, with multiple airplays on both the local and international airwaves. Check out what 'London Celtic Punks' said about the new release:

The EP opens with ‘Cogs’ and sometimes you know straight from the off if you like it and within just a few seconds I had that feeling. It has that sort of 80’s Anarcho-Punk feel to it but much much better produced and a BIG sound that encompasses fiddle, mandolin, tin-whistle and saxophone. Its as catchy a tune as i heard in a while and has a nice Irish/Celtic interlude taking it firmly into Celtic-Punk territory and with Ben’s great vocals that are sung with passion and gusto whilst still sounding quite angsty (quite the feat I tell you) but as usual you need the songs to make all this work and ‘Cogs’ is just that. A rollicking belter of a track that as vocalist Ben explains “aimed at a society that continues to undervalue and underpay its workers”.

On track two ‘The Divide’ the lyrics tell us that we must stick together despite the current political unrest and climate of division. Like many of the bands in the Celtic/Folk-Punk scene 5 Hills Out have never shied away from using their music to share their political and social views. In 2018 they took part in a protest march to protect a threatened local music venue and more recently shared and supported a campaign to protect the very same studio where they recorded in the past. ‘The Divide’ is another belter of a song. Faster than ‘Cogs’ but still tuneful and as catchy as feck! The accordion comes out here meaning they have now ticked all the boxes to become firm London Celtic Punks favourites. A great song that despite it’s power still has that folk melody unpinning it as Ben sings about us all coming together.